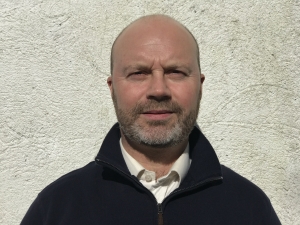 Why I Row. Paul Hornibrook.

When did you begin rowing?

In school we spotted of a presentation for rowing, it seemed a good idea as we would a miss particular class at the time. The presentation was given by Mike Heskin and Bernard Brennan. They showed us a video and it looked cool so I decided to sign up there and then.

Do you have a favourite seat?

I have a few actually, the 7 seat in an Eight because your the link between the rythem maker and the rest of the crew. The bow seat in a Four as you can anticipate anything from race calls to balance. And the obvious one is the my seat in the Single, its all down to me when it goes well or bad.

What was your top challenge?

My number one challenge was always to win a pot, I was lucky to be involved with a small but great squad in 1995 coached by Mike Heskin and Gerry Small where we won two pots.

What is one thing you would like to learn/improve? Top goal.

Top goals and things to improve on have changed to coaching again, in the past I have helped some scullers to win pots. When asked to help out in the Jes last year, I jumped at it. Already, we have had two girls race for Ireland at the Coupe and a very close 2nd place in the JW4- at Champs. With our current squad, our goal is to have more girls represent Ireland and win a pot which is  a very achievable goal in my opinion. In coaching, you never stop learning.

Two stand out. Firstly was the heat of the pairs championship, we came out on top of a very tight race. Where we won by 2 feet ahead of 2nd who intern finished 2 feet ahead of 3rd.

The 2nd spin was in the single a couple of years ago, it was a rare flat calm morning. The only wash came from the odd swan, it was one of those spins where I paddled square blades with my feet out of the shoes. Everything about it was amazing.

What do you love most about rowing?

The rowing its self and what it has done for me as a person from the age of fifteen. I just love it.

WHY I ROW – Eithne Cunningham

WHY I ROW – Melinda Szuts
Scroll to top