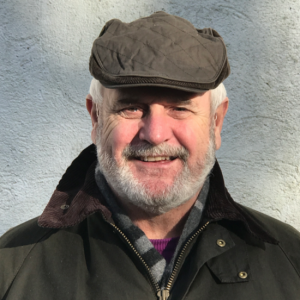 I grew up in Inchicore, Dublin and I lived near the Liffey. A local priest noticed I was hanging out with a ‘bad lot’ and encouraged me to take up a sport. One of the sports he recommended was rowing. I joined Commercial and was immediately hooked on rowing and its sheer joy of being on the water, but also the discipline, training regime, competitions around the country and the camaraderie of likeminded persons.

The 3 seat in a four and the 5 seat in an eight, I love the concept of being a crew member, integrated and striving to achieve a common goal.

The Senior 8 final in 1976. We were unbeaten all year, we were ahead in the race but we lost to Trinity. To this day it rankles me. The Trinity crew went on to win in Henley the following year, the last Trinity crew to do so, that is some consolation. Sean Carolan and Jim Silke were also in that crew with me. It was the best crew I rowed in but unfortunately, the crew broke up that year and we went our separate ways.

5. What is one thing you would like to learn/improve? Top goal.

Going up the Corrib in a pair with Jim Silke on a warm summer evening when the water is flat calm. Jim and I have rowed together for over half a century and occasionally we hit what the golfers’ call the ‘sweet spot’ and we get the boat moving, just right.

The camaraderie, the level of fitness you can achieve, the discipline it thought me which served me well in my career and my life but mostly, the sheer joy of being out on the water.

WHY I ROW – Eithne Cunningham
Scroll to top